About the Church of God in Christ

THE CHURCH OF GOD IN CHRIST is a Church of the Lord Jesus Christ in which the word of God is preached, ordinances are administered and the doctrine of sanctification or holiness is emphasized, as being essential to the salvation of mankind.

Our Church is commonly known as being Holiness or Pentecostal in nature because of the importance ascribed to the events which occurred on the Day of Pentecost, the 50th day after the Passover, or Easter as being necessary for all believers in Christ Jesus to experience.

On the Day of Pentecost, the first day of the week, the Lord’s Day, Supernatural Manifestations descended in marvelous copiousness and power.

The gift of the spirit in the fulfillment of the promise of Jesus to clothe those who would wait in Jerusalem with power from on high, was accompanied by three supernatural extraordinary manifestations.

The sudden appearance of the Holy Ghost appealed first to the ear. The disciples heard a “sound” from heaven which rushed with a mighty force into the house and filled it–even as a storm rushes–but there was no wind. It was the sound that filled the house and not a wind, an invisible cause producing audible effects.

Next, the eye was arrested by the appearance of tongues of fire which rested on each of the gathered COMPANY. Finally, there was the impartation of a new strange power to speak in languages they had never learned “as the Spirit gave them Utterance.”

Our Church is also considered to be a member of the great Protestant body though it did not directly evolve from the European or English Reformation but had its origin within the General Association to the Baptist Church.

Elder Charles Harrison Mason, who later became the founder and organizer of the Church of God in Christ, was born September 8,1866, on the Prior Farm near Memphis, Tennessee. His father and mother, Jerry and Eliza Mason, were members of a Missionary Baptist Church, having been converted during the dark crises of American Slavery. 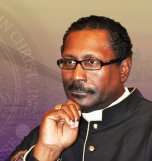 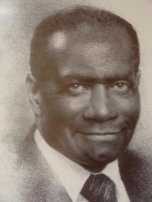 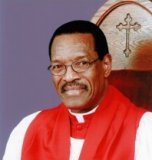 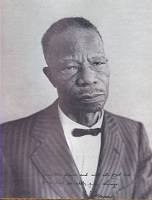